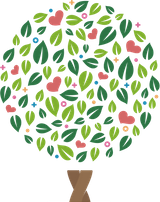 Penelope Kite stood at the door of her dream home and wiped her brow with the back of her hand. The late morning heat had brought the air to a steamy simmer. August was a hot flush that never subsided.

Uncut grass stood waist high in the courtyard and a thousand cicadas sawed their jittery music. Every so often a large wasp built like a military helicopter would break away from the swarm around the fig tree and enter the kitchen in a show of menace.

She slapped a broken fly swat down onto the thick layer of dust which coated every surface, and missed yet again.

She sat down on a rickety wooden chair. It creaked ominously. She was definitely going to have to cut back on croissants.

‘What have I done?’ she wailed to the walls. Well, you polished off a whole bottle of cheap rosé last night, they seemed to say. That wasn’t clever.

She had a sinking feeling that she had taken on more than she could chew in this crumbling wreck of a place, and there was no one to blame but herself.

In the days and weeks afterwards, as she went over and over these crucial hours until they seemed unreal, she would look back on her hot and headachy panic in the kitchen and think that it was nothing compared to what was about to break.

But Penelope was sure of one thing: she had not left the house to brave the searing brightness of the garden until a couple of hours later. So she could not possibly have known what was floating face down in the swimming pool.

In early spring, everything had been so different.

Penelope had been energised by the cloudless blue skies of the South of France. Following a particularly gruesome family Christmas with her two children and their badly behaved families, she had escaped an Easter that promised more of the same but with added chocolate. Two wonderfully tranquil weeks in April had left her yearning to stay longer.

The Côte d’Azur had long since become Wimbledon-sur-Mer, but the Luberon valley was charming. Penelope had visited this area of Provence many times during the course of her marriage and had always been able to relax in its sunny friendliness, even when her husband was as distant as the top of the long, rippled ridge of mountain that hung like a blue curtain behind the ancient hill-top villages. Churches and crumbling fortresses and narrow streets had the slumbering feel of the warm south and the orchards and vineyards below promised a land of plenty. The pace of life seemed more relaxed, less full of braying expats, especially English ones from the Home Counties.

By the end of the first week, she had begun to indulge in some delicious daydreams and succumbed to perusing photographs of houses for sale in the estate agency windows. A few days later, after a particularly refreshing carafe of rosé with lunch, she found herself entering the door of an agency in the pretty village of Ménerbes.

The woman behind the desk nodded as Penelope waited for her to conclude her telephone conversation in leisurely fashion. She was the very epitome of an elegant Parisienne in her forties. Her blonde hair bounced in all the right places to flatter a beautifully made-up face that no doubt benefited from all the mysteriously effective processes of French dermatology. The tiny navy-blue jacket, nipped in at the waist, looked like real Chanel, too. She made Penelope feel enormous and very badly dressed.   Finally, she replaced the receiver with a flick of the wrist that set the charms on her large gilt bracelet jangling, and assessed her prospective client. It was the kind of look engineered to deter time-wasters. There must be plenty of them about.

A lovely stone house, Penelope told her in faltering French, that was what she was looking for. On a hillside, with a view, and a garden – but not too much land. Three bedrooms and two bathrooms. A swimming pool, or space to build one.

‘I have several properties that might interest you,’ said the Frenchwoman in perfect English.

Penelope didn’t know whether to be relieved or annoyed. ‘Ah, good,’ she said.

‘My name is Madame Valencourt. Either you can make an appointment for viewing at a later date. Or – you can come with me now.’ She held up a red lacquered fingernail, ‘Vous avez de la chance, Madame. You are very lucky.’

Penelope could only guess what this stroke of luck might be as she was ushered straight out of the office and into a shiny red Mini Cooper that matched the nails. Perhaps she shouldn’t have drunk all that delicious rosé. It had made her bold.

‘We must hurry,’  said the estate agent, driving off at speed. With no mercy for other road users, they shot through the narrow streets and out into the countryside, past orchards brimming with snowdrifts of almond blossom. The first acid-green shoots were showing on the gnarled stumps of vineyards. Here and there, men in the fields were bent double in intensive contemplation of crop and soil.

They swerved violently. Penelope clenched her seatbelt in one hand and gripped the door handle with the other, her foot instinctively moving to brake as they overtook a Mercedes into the teeth of an oncoming tractor.

Apparently oblivious to the cyclists and tourists who lay scattered in her wake, Madame Valencourt kept up a business-like conversation in which she established Penelope’s credentials as a buyer (clearly satisfactory), history of visits to France, marital status and happiness with the divorce (also apparently satisfactory), and former career (distinct glimmer of respect).

The car swept up narrowing roads into the Luberon mountains, away from the chic villages so beloved of French cabinet ministers, their mistresses, and Paris Match photographers and into a landscape of holm oaks and pines.    As the road became emptier Penelope’s heart rate eased slightly.

‘La belle Provence!’ announced Mme Valencourt, as they swung onto a pot-holed track that skirted a wood of scrub oak and spiky juniper bushes. Past a rusted tractor standing in an unkempt field, she stopped the car in front of a stone archway and gestured.

‘Voilà. Le Chant d’Eau. The name of the property is The Song of the Water. It is an old farm.’

The property was decrepit. A couple of substantial outbuildings were suffocating under thick ivy. The two-storey farmhouse itself was built of pale stone in the traditional style. The wooden window shutters were flaking lavender-coloured paint. Several were hanging askew. Penelope could just picture the way it could be renovated. A lovely summer sitting room, with a terrace for dining under the stars.

No, stop it, she told herself, don’t get carried away. Her affected seriousness about buying was only to ensure that she wouldn’t be patronised.

But . . . a run-down farmhouse in Provence, mused Penelope, as the door was unlocked with a large iron key. Think what I could do with it!

The dark hall smelled musty and mousy. Penelope caught her breath. Madame Valencourt skittered ahead on her high clacky sandals. Half walking, half feeling her way forward, Penelope followed. In a spacious room that was revealed as a kitchen, the estate agent unlatched the window and pushed open the shutters with a painful creak. Light flooded in, illuminated the dust that dredged every surface.

The house had clearly not been lived in for some time. Penelope tried the light switch, but nothing happened.

Madame Valencourt opened the back door.

Penelope caught her breath for a second time. The rear of the house looked out high over the Luberon valley, which opened in a wide panorama before her. Close by was Saignon, like an enchanted fortress on a cliff. Beyond, in the valley, was the town of Apt. Further off, the large red monolith of Roussillon, and beyond it the famously beautiful village of Gordes standing proud on its rocky outcrop. On one side the mountains of the Petit Luberon range stretched away to the Rhone, and on the other, just visible over the hills, stood the bare peak of Mont Ventoux, with its seemingly snow-covered limestone summit.

‘See, Madame, you are lucky! This is not on the market yet. You are the first to see it.’

‘There are some problems, of course.’ Madame Valencourt shrugged, as if to imply that it wouldn’t be an authentic Provenҫal house without authentic Provenҫal problems. ‘But those can be overcome. Of course, you can buy a perfect new house, but it will not have the atmosphere, the old stones, the views. Those, you cannot fix if they do not exist.’

The Provencal style wooden beams and tiled floors were intact. The bedrooms upstairs – three of them – were all a good size, with high ceilings. The bathroom was a disgrace, but the panorama over the valley from above the stained basin more than made up for that. Penelope wondered whether it would be too decadent to install a wet room so she could enjoy the view while she showered, then slapped herself down. She was only here out of curiosity.

Outside, the grass was green and springy. Plum trees were coming into blossom. What looked like a quince held puffs of  delicate rose-pink flowers.

They walked towards a lower terrace where a couple of olive trees offered the silver undersides of their leaves to a pleasant breeze. Madame Valencourt led the way to an ivy-covered wall and what appeared to have once been a door. After some effort, the estate agent pushed open the door against the resistance of a pile of decaying leaves. Penelope peeked inside, and stifled a cry of delight.

A substantial if dilapidated rectangular swimming pool lay inside a walled garden. Roman steps led down to the bottom of the pool, though this was difficult to make out through the murky leaf-infested water. Cypress trees that must once have been elegant stood brown and lifeless at the four corners of the pool. In the corner was a ramshackle pump house with half a door hanging open on what remained of its hinges. Tall arches in the far end of this enchanting walled space revealed the valley beyond.